Sedona, AZ – Independent Publisher has announced that “Finally My Favorite” (The Lake Effect Series, Book 3) by Rue, has been selected as the Bronze Medal Winner in the GLBT Fiction category for the 20th annual IPPY awards. There were over 5,000 books competing in a variety of categories for the best independently published books of the past year. Last year Rue won a 2015 IPPY for the second book in the series, “My Favorite Second Chance.”

Rue is a long-time resident of Sedona, Arizona and operates a micro publishing company. She writes, blogs, publishes and promotes for Sittin’ On A Goldmine Productions L.L.C. Majoring in Journalism at Pepperdine University, Rue’s lifelong love for writing was fine-tuned at the University and she has since become a popular contemporary romance, LGBT fiction and YA fantasy writer.

“Finally My Favorite” (Sittin’ On A Goldmine 2015) features the series heroines Rachel and Gwenn, as well as, cameos from fan-favorites Todd, Flora, Randy and Thea. This steamy and sexy story of true love—set against the stunning backdrops of Duluth, Minnesota; San Miguel de Allende, Mexico; and Greece—is a satisfyingly heartfelt conclusion to Rue’s beloved series.

Rue visited every location she writes about in the series and looks back through her travel journals to pull the perfect sensory details into the story. “Traveling is a visceral experience for me,” Rue commented. “I usually travel without an itinerary—just taking advantage of opportunities when they present themselves.” She added, “I am incredibly grateful for an organization like Independent Publisher, which honors the outstanding work of Indie authors everywhere.

For 33 years the mission at Independent Publisher has been to recognize and encourage the work of publishers who exhibit the courage and creativity necessary to take chances, break new ground and bring about change, not only to the world of publishing, but to our society. 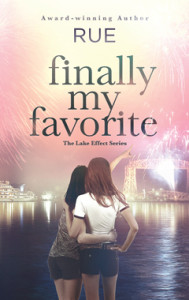 “I’m honored that ‘Finally My Favorite’ won a Bronze Medal in this prestigious competition and I am pleased that the book has been enjoyed by so many readers,” said Rue. “One of the best things about writing The Lake Effect Series is the opportunity it has given me to meet people who love to read and who enjoy hearing about the writing process.” Her series is quickly gaining a devoted following and earning kudos from many reputable book reviewers.

The first book in Rue’s new Young Adult Fantasy series, The Chronicles of Hawthorn, is scheduled to release June 20, 2016.

For more information on Rue and her novels, visit: RuesCorner.com

Her books are available in paperback and electronic formats on Amazon, Barnes & Noble, iBooks, Smashwords and Kobo. The paperbacks can also be found in the Sedona Public Library and can be ordered by any local bookstore.

Learn more about the 2016 IPPY Awards at IndependentPublisher.com.

I promise, YOU can make these truffles. They are CRAZY delicious and easy to customize (I’ll list my secrets!). I packaged mine in some inexpensive “fake book” boxes from Michael’s that I picked up on sale. 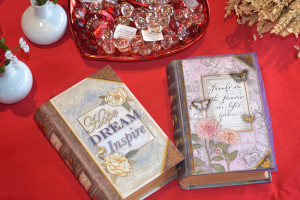 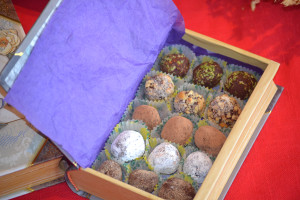 *This is messy, you will get chocolatey—so make them with someone you like to lick! 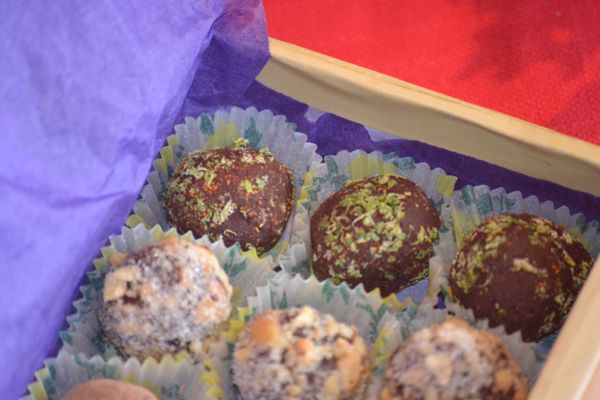 TOPPINGS:
Use your imagination – Here’s what I tried:

Email me pics of your treats and I’ll post them on my FB page!! 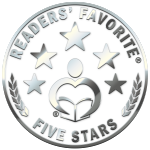 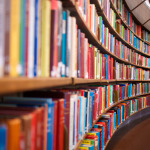 From author Rue (My Favorite Second Chance, 2015, etc.) comes the third book in a series about the lives of the Hutchinson sisters.

The third installment of the Lake Effect series finds sisters Rachel and Gwenn in turmoil. As Rachel yearns for the return of her currently touring rock-star girlfriend and Gwenn tries to decide between two men vying for her attention, their mother, Shirley, rests in the intensive care unit of St. Luke’s Hospital. The two sisters still cannot escape the scrutiny of their difficult mother, who’s cantankerous even as she nears death: “Where’s the bright light? Why aren’t there any angels guidin’ me into Heaven?” she says during an out-of-body experience. When the doctor explains that Shirley will need a new kidney, Rachel jumps at the opportunity to donate, while Gwenn finds herself much more hesitant. Both, however, find it startling that neither happens to be an acceptable donor. Meanwhile, Steven, who spent years as a POW in Afghanistan, intends on proposing to Gwenn in spite of lingering PTSD and the somewhat limiting circumstances of his father’s will—“you can only inherit the money if you have a ketubah,” a type of Jewish prenup, he’s told. Then there’s Daniel, a successful artist on sabbatical in Mexico who pines for a return to Gwenn; the two are currently, as Daniel dismally explains, “on a break, or whatever you call this.” Fans of the prior books will find more of what they’ve been enjoying: plenty of sexuality longed for and consummated—“She blew hot breath in his ear and whispered her desires in moist, tantalizing syllables” —tender sibling moments, and down-home good sense brought to the surface by foreign travel: while viewing an ancient Greek settlement preserved in volcanic ash, one character remarks, “Makes you think. Every moment matters, ya know.” Some descriptions lack vigor—the Greek settlement is “interesting”—much as certain twists seem too on-the-nose. Still, the Hutchinson sisters are worth rooting for, and readers who do will be happy once again.

A triumphant chapter centered on two sisters and their unbreakable bond.