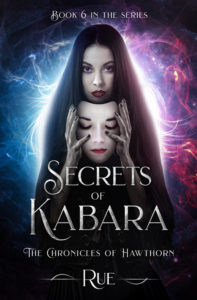 She defeated death in the Wasteland—now she’s coming for Flynn.

Anise Aura kept herself alive on roots and revenge. She has a simple list of goals:

• Take control of the Book of Shadow

Flynn faces banishment and possibly the loss of her magick, for her role in the escape of the Shadow Witch’s brother.

Her heart is broken, her reputation destroyed, and her friendships obliterated.

She hopes to find redemption and the survivors of her father’s shipwreck somewhere in the Islands of Kabara.

Will she find her father or will she discover a side of the Shadow she never imagined?